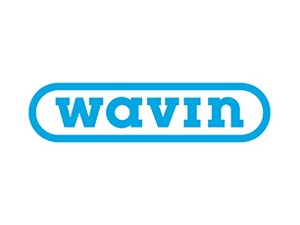 To grow our greens we need water, and lots of it too. Glasshouse farmers therefore keep water in huge open air reservoirs. However, there’s one big challenge that comes with such a large surface of open water as is the case with these reservoirs. Evaporation occurs when surface water is exposed which allows molecules to escape and form water vapor. This, in turn, results in a lot of usable water that gets lost. Wavin, together with Connectum, found a solution to mitigate water loss and to gain sustainable energy at the same time. We’ll explain how. 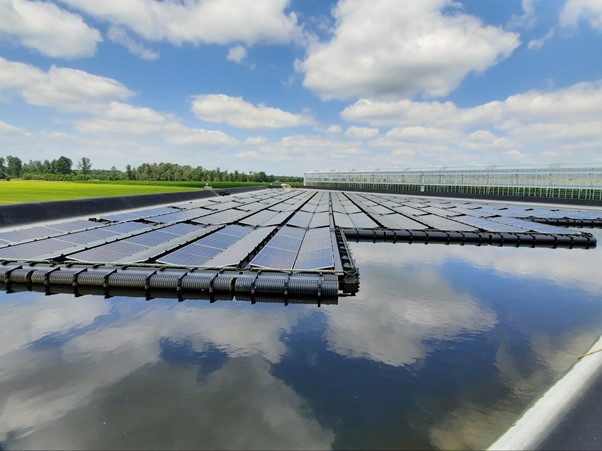 Farmers construct large reservoirs near their glasshouses to collect and store rainwater. This is the ideal way for them to irrigate their crops as the water temperature is optimal and there are fewer minerals which might affect crop growth. But, since water evaporates so quickly, we had to come up with another solution to make sure water is readily available. How do we keep the water in reservoirs as long as possible, so we can use it whenever the crops need it?

The solution seemed simple yet complicated. On the one hand, it seemed obvious to cover the surface. Because when you don’t want something to go up, water vapor in this case, you need something that pushes it back. But a simple cover won’t do the trick. It becomes harder to check and control the state or health of a body of water when it’s completely covered. There are a lot of other practicalities that you need to take into account. To name some of them: it should not have a negative impact on water quality, it cannot be too heavy, it needs to be stable and also easy to assemble and disassemble. It triggered Wavin, together with Connectum, to come up with the so-called Clicfloats.

Clicfloats is a floating tube system covered with solar panels. With that, it not only covers a body of water to stop evaporation but it also generates energy. Next to that, it’s very easy to install. Clicfloats is a modular system, which means that the large tubes – which are fully recyclable – can be clicked together to create a stable and strong cover. Covering the water helps lower the water temperature which not only reduces the evaporation but also helps in reducing algae from forming which in turn allows for a higher quality of usable rainwater. The connected drivers create a walkable platform that’s accessible in case repairs and measurements need to be done. There’s more than meets the eye when it comes to these floaters.

The solar panels give famers a double win. These ‘solar islands’ capture a daily dose of sunlight, generating energy that can then be put to use in the glasshouses to grow crops.

Critics say solar panels take up valuable real estate when used on the ground. Land that could be put to better use, for instance by building glasshouses or for pasturage. By using space that already has been taken for another cause, we negate the idea that solar panels take up valuable space. We believe that by collecting rainwater as well as re-using the rainwater and by simultaneously generating solar energy we’re taking one step closer to creating a cleaner and better world.

It might sound odd and even a bit counterproductive but solar panels actually have a maximum amount of heat (from sunlight) that they can handle before they overheat and stop functioning properly. Solar panels produce maximum efficiency when they operate between a certain set of degrees. As the temperature rises, the efficiency will drop and the solar panels will produce less energy. The solar panels on top of the floating drivers offer a large benefit as we can use the water underneath to partially cool down the solar panels on top. Every 1°C of cooling provided by the water below could potentially result in a return of at least 0.5% more compared to an installation on the ground or on the roof in the same area. This means a higher yield per solar panel because of a higher kilowatt-peak and the cost price goes down because the solar panels can provide glasshouses with more and cheaper energy which makes it an easier and economically sound investment for horticulturists. Since farmers need the water basins to nurture their crops, they can opt for the floating solar islands instead of putting panels on their buildings where it’s harder to regulate the temperature of the panels. 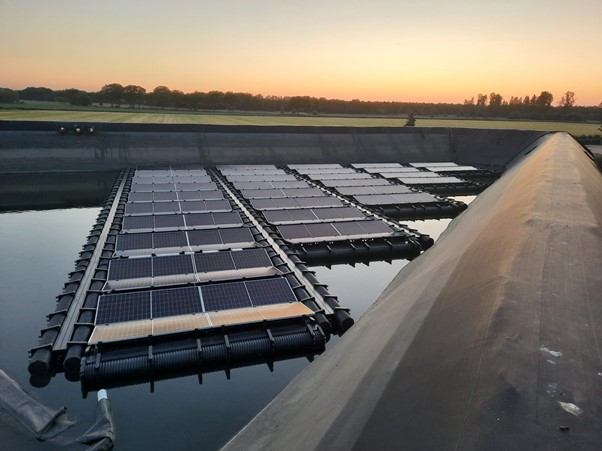 Clicfloats smartly reuses valuable energy sources which, when implemented widely, has a big impact on the green and the blue deal. However, helping achieve the goals set in the green and blue deal isn’t only something for agriculturists and horticulturists to solve.  Cities and their inhabitants also play a vital role. Properly installed wadi’s, for example, can help improve the urban water system. A wadi is a ditch filled with gravel and sand, which both retains and infiltrates water. In a wadi system, the water from roofs and roads does not flow into the sewer system, but through above-ground gutters and/or ditches into the wadi.

By installing solar panels on top of wadi’s we can create a similar reciprocity as we’ve shown with the Clicfloats system and solar panels. The collected and stored water can be used to cool off the solar panels in a natural and sustainable way. The harvested solar energy is then used in a hot water supply system for people that live in the city. Benefiting our homes and the way we live.