PSB: Opening of the PSB Logistic Center in Wabrzezno in Pomerania

Home / Allgemein / PSB: Opening of the PSB Logistic Center in Wabrzezno in Pomerania 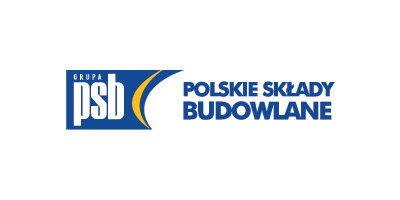 In Wabrzezno, PSB Handel S.A. built its second logistics center in Poland to service PSB shops Mrówka. The delivery from the new Logistic Center has already begun, which was officially opened on July 6, 2017.

The construction of the Logistic Center in Wabrzezno (Kujawsko-Pomorskie province) began on August 11, 2016. After less than a year, a modern warehouse hall with an area of ​​18.600 sqm. and a hardened area of ​​over 18.000 sqm were operational. The cost of the investment amounted to PLN 32 million.

The new Logistic Center will support PSB Mrówka stores as well as PSB and PSB Profi stores from the north of Poland: Poznan – Lodz – Biala Podlaska. This will improve the logistics of deliveries in that region of Poland. This will also benefit PSB customers. 28 employees were employed and approximately 80 employees will be employed in future.

The first PSB Logistic Center was established in 2012 in Wełecz, near Busko-Zdrój (headquarters). The area of ​​the Center is 10.000 sqm. and contains 15.000 pallet locations. Further, the possibility of loading 7 trucks at the same time. This has helped to improve the logistics of supply to PSB network partners in Poland. With the rapid development of Mrówka’s chain of stores after 4 years, it has become clear that the Center is not able to provide timely supplies to all partners. Therefore, the management of the PSB Group decided to invest in the northern part of Poland in order to improve the supply in that region of Poland.