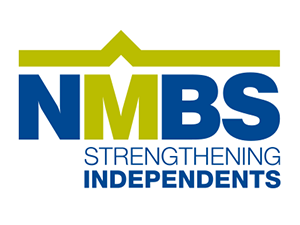 Chris first became part of the NMBS team on the 17th October 1977.

He joined the business as an office junior – a position which at the time was the equivalent of a modern day apprentice. It’s perhaps fitting given the nature of NMBS that this first role was within the finance department.

Over the next four decades, Chris enjoyed continued progression and the opportunity to gain exposure to all aspects of NMBS’ core service offering.

After starting as an office junior, he worked within various roles in the finance department whilst studying business studies and for an accounts qualification in the evenings.

He was promoted to Sales Ledger Supervisor in 1980 and then to the role of computer manager in 1982 where he enjoyed the added responsibility of preparing the company accounts.

He held this latter post for nine years and during that time played a key part in helping NMBS to embrace the digital revolution and in managing the buying society’s shift to EDI and more computerised methods of operation.

He was promoted to the position of commercial manager in 1992 at the age of 31 before becoming marketing communications manager at 34 and then marketing director in 1999, aged 38.

Two years later, he was promoted to the position of managing director at the age of 40.

Reflecting NMBS’ ability to recruit and retain good people, he is only the third MD in the company’s 54-year history.

He follows in the footstep’s of John Tatton, who actually appointed Chris in 1977, and the buying society’s second MD, Paul Hayman.

Chris’ 40 years of service to NMBS was recognised with a special commemorative presentation at the NMBS Dinner Dance.

Commenting on his anniversary, Chris said “I joined NMBS as an apprentice and four decades later I still see the apprenticeship continuing. There is always something new to learn, new challenges to face and new opportunities to act upon which can help NMBS with its on-going efforts to strengthen independents.”

He adds: “I’ve seen many changes over the years with many of the most significant developments stemming from advances in IT and the advent of the internet. I’ve also enjoyed many highlights and made many good friends amongst both our members and our suppliers.

“I’m looking forward to building on my achievements and experience to date and building a company legacy which supports dynamic and continual change with a real commitment to lifelong personal development.”