Impact of Covid-19 on construction 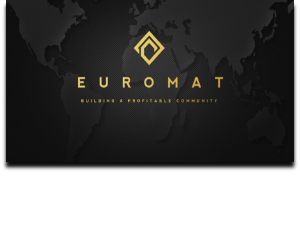 Development of construction production in June 2020

Between April and June 2020, construction production increased by 25.8 % in the EU-27 after a decrease of 25.8 % between February and April; European construction activity is, therefore, back at 93.3 % of the level it had reached in February.

Figure 1 shows the development of construction activities during the first months of 2020 for total construction, buildings and civil engineering.

The development in 2020 was quite unprecedented. For comparison, Figure 2 shows the average trends of total construction, building construction and civil engineering works for the years 2010 – 2019 (to make the various index levels comparable, all years have been re-referenced to 1st quarter = 100) in the EU-27. On average, the construction indices drop about one index point between January and February to regain the former level in March and surpass it in April and May. The index changes between the months are about one point.

The global financial crisis in 2008 had quite strong effects on the production in industry and construction (for a detailed analysis of the 2008 crisis on STS indicators see here).

Since the Covid-19 containment measures differed between countries as to timing and strictness, it was to be expected that the effects on construction production would also vary. Table 1 shows the 2020 growth rates for June compared with April 2020, i.e. generally for the recovery phase, and for April compared with February, i.e. the peak of the crisis. The table also shows the rate of recovery, i.e. the index levels of June in comparison with the levels of February.

The covid-19 crisis was particularly strongly felt in France and in Luxembourg where construction activities fell by 64.8 % and by 57.7 % respectively between February and April (currently no data are available for Italy). In France the recovery between April and June was also relatively strong (159.7 %), yet so far only about 91.4 % of the pre-crisis level has been regained (no data for Luxembourg). In several other countries where lock-down measures had been less drastic, the construction activity dropped only moderately between February and April (e.g. Finland and Sweden) or even slightly increased (the Netherlands, Romania). In these countries, however, the changes between April and June were usually negative. Most countries for which data are available have regained a level of around 93 % of the pre-crisis February level. Exceptions are the Netherlands, where the covid-crisis effects were very moderate and where the current activity level is almost the same as in February, and Slovenia and Slovakia, where respectively only 74.8 % and 83.9 % of the pre-crisis level have been reached so far. Some countries, e.g. Sweden, Finland, and Romania even lost a good part of the recovery which had taken place until May in the recent month.

Figure 4 shows the rate of change between June 2019 and June 2020 for those countries for which monthly data are available. (The rates are calculated on the basis of calendar adjusted data.) Only in Romania (6.9 %), Germany (1.4 %), Finland (1.2 %) and in the Netherlands (0.8 %) has there been a positive growth in construction during this period. In Slovakia, Hungary, and Slovenia the year on year decline in construction is around 15 % or higher.

The latest results for the development of industrial production are published in monthly news releases by Eurostat.

According to the STS-Regulation the construction production index is published around 45 days after its reference months. At this early stage it is normal that no complete coverage of data can be ensured by National Statistical Institutes and that data have to be estimated to some degree. As a consequence, revisions occur during the publications that follow.

The Covid-19 crisis posed additional problems for data collections, since, for example, closed shops and production sites could not be reached or did not supply any data. Moreover, it was not clear if missing data might not be due to businesses being permanently closed. As a consequence, it may be expected that revisions of the first data could be subject to greater revisions than is usually the case. The data in this article are, for several Member States, based on fewer statistical observations than usual or alternative sources. For missing data, imputation and estimation methods were applied. Information on the compilation of short-term business statistics during the COVID-19 crisis can be found here and (specifically for STS) here