Euroconstruct: Swansong for the construction of 1+2 family homes in Germany

Home / Allgemein / Euroconstruct: Swansong for the construction of 1+2 family homes in Germany

In Germany, the construction of 1+2 family homes (“owner-occupied homes”) has been at a very low level for 10 years now. In view of the low interest rates and positive economic environment, this may seem surprising. But a shortage of land in many areas and a sharp increase in building costs has made the construction of new builds considerably more expensive. In addition, state subsidies have been cut significantly in recent years; and progressive demographic ageing is already creating major problems for the construction of owner-occupied homes. Looking ahead, the owner-occupier pool is expected to shrink further, while more ‘secondhand’ buildings come onto the market due to the rising volume of bequests. Completion figures for dwellings in 1+2 family buildings can be expected to fall below the 100,000 unit benchmark in the long term as a result.

Current level of completions only just over 100,000 per year

The number of newly-built owner-occupied homes has dropped considerably in Germany since the turn of the millennium. In 1999 nearly 240,000 dwellings were completed in newly-built 1+2 family buildings, with this figure falling to just 85,000 dwellings in 2010 (see chart 1).

The upturn in the new residential construction sector after the financial and economic crisis as a result of low interest rates, pronounced immigration and internal migration, as well as the rediscovery of real estate by investors, was far weaker in the owner-occupied segment than in the multi-family segment.

A lateral move in the market emerged early in 1+2 family homes i.e. completion figures have been fluctuating between 100,000 and 110,000 dwellings for some years. The increase to around 115,000 units forecast for 2017 is related to a special effect following the introduction of stricter energy regulations. It seems very likely, however, that this growth – generated by a pull-forward effect in completion figures – will only be temporary.

The fact that a potential, marked increase in the construction costs of owner-occupied homes has only moderately stimulated new construction permits shows the “modest” upwards potential of this sub-segment.

Despite extremely low long-term mortgage rates for several years and very positive developments in (real) income, the number of newly-completed owner-occupied homes has stagnated at a good 100,000 units for some time. This figure is exceptionally low by historical comparison. Weak demand for new builds is partly due to the sharp rise in both land prices and construction costs. In several areas of Germany there is now a clear lack of suitable building land. In addition, capacity shortfalls in the construction industry and the introduction of more and/or tougher state construction regulations, e.g. in terms of energy efficiency, have made building far more expensive in recent years.

Significantly higher land transfer taxes in several German Länder haven’t made it any easier for home builders to make their dreams come true either. Moreover, higher (professional) mobility and the growing attractiveness of cities and/or conurbations, where people primarily live in multi-family buildings, also have a role to play.

Another important reason for the extremely sluggish demand for new construction in recent years is the significant cutback in state subsidies. At the beginning of 2006 the home ownership subsidy was scrapped. The market for 1+2 family homes had previously benefitted tremendously from this measure, which, unlike its predecessor, no longer consisted of tax breaks. This was primarily due to the high upper income tax ceiling, below which the subsidy was paid, as well as the special subsidy for children. Unlike today, the level of the subsidy was not coupled with the new building’s energy-saving features either. Current state subsidies can be described far less appealing than the funding available until 2006.

The main problem is an ageing society

In the long-term the virtually inevitable shifts in the population’s ageing structure are what will curb the construction of new owner-occupied homes most badly. There are already far fewer potential home builders and/or purchasers of new 1+2 family homes today. According to official data, the 25 to 44 year old age group shrank by 6 million people between 1997 and 2014 (see chart 2). The latest 2017 population projections by the Federal Statistical Office forecast another significant decline to a mere 17.7 million persons by the mid-2040s. Compared to 1996, this represents an almost 8.5 million decline in the number of 25 to 44 year olds.

At the same time, the number of households with over 2 persons is dropping. They accounted for just under 36% of all private households in 1991, versus around a quarter in 2016. According to current official projections released in 2017, the share of households with 3+ members may even drop to just a fifth by 2035. It follows that fewer families will want to move into their own home to bring up children.

The progressive ageing of society is also leading to higher mortality rates and more bequests. Against this background, bequests will account for a growing volume of real estate and/or sales of existing 1+2 family homes. Since many beneficiaries do not wish to use these homes, the supply of “secondhand” homes on the market will grow, weakening demand for new builds.

According to information from GEWOS – a German Institute for urbanism, regional and housing research – the number of transactions involving dwellings in existing 1+2 family homes has increased significantly since the mid-2000s. At the same time, the number of mortalities in Germany increased sharply after several decades of decline, while the rate of owner-occupied new builds plunged. GEWOS data now signal that the number of transactions exceeded that of completions by over 100,000 units in 2016. Ten years previously, by contrast, this annual overhang was just a few thousand units.

The increased supply of “secondhand” real estate and the falling number of potential owner occupiers is expected to have an increasingly negative impact on the new construction of 1+2 family homes. Construction companies, building supply industry, as well as building societies, for example, can expect a further decline in new construction activities. In the long term, the number of annual new builds will be less than 100,000 owner-occupied homes. 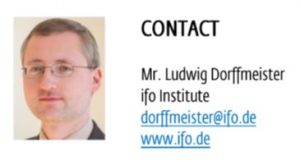