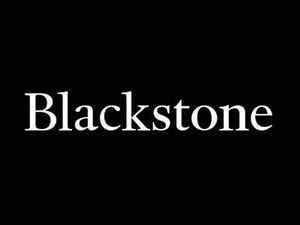 Deal would provide Blackstone a potential platform in building-materials sector

Global buyout firm Blackstone Group Inc. BX 0.37% is in advanced talks to buy the European distribution arm of CRH CRH 0.84% PLC, one of the world’s largest building-materials suppliers, according to people familiar with the matter.

The sale price couldn’t be learned.

The deal would cap CRH’s monthslong review of the business as the company tries to simplify its global operations and bolster profits. It also follows CRH’s move last year to sell its U.S. distribution business to Beacon Roofing Supply Inc. for $2.63 billion.

Based in Dublin, Ireland, CRH is the largest asphalt producer in North America as part of its global operations that span 32 countries. In 2018, the company reported a 7% gain in operating profits to €3.4 billion ($3.83 billion) as its businesses supplying construction materials such as cement, construction accessories and architectural products generated higher revenue.

Still, declines in revenue and operating profit in the European distribution business, a supplier of materials to professional builders as well as specialist heating and plumbing contractors, were a drag on CRH’s overall results.

The deal would provide Blackstone with a potential platform in the building-materials sector. Private-equity firms often approach a deal as part of a bigger bet to build a large-scale company in part through further acquisitions, expecting the strategy will generate higher returns from an ultimate sale of the business.

In 2009, Blackstone together with Greenwich, Conn.-based Silverhawk Capital Partners created Summit Materials Inc. and subsequently used it to acquire more than 35 companies in the sector to establish a major U.S.-based supplier of aggregates, concrete and asphalt. Blackstone took Summit public in 2015 in a deal that valued the company at $1.67 billion.

Blackstone competed against Lone Star Funds and Bain Capital among others for the CRH business. That competition underscores private-equity investors’ healthy appetite for unloved businesses carved out of larger companies. These deals allow private-equity firms to deploy their record amounts of cash quickly, while trying to find turnaround opportunities to generate returns.

—William Louch contributed to this article.