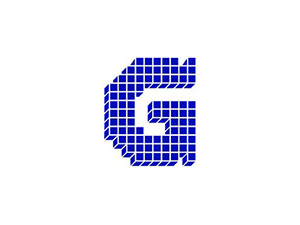 Grafton Group plc, the international merchanting and DIY Group, issues the following trading update for the period from 1 July 2017 to 31 October 2017.

The table below shows the growth in average daily like-for-like revenue and total revenue by segment compared with the same periods in 2016.

The rate of like-for-like revenue growth in the UK Merchanting business was influenced by a weak third quarter comparator in 2016.  Demand softened in October and volumes were broadly flat measured against an improving trend in the fourth quarter of last year.  Pricing remains competitive going into the year-end.  Selco is currently on track to open twelve new branches this year.   A new branch was opened in Hemel Hempstead in September and the planned opening of branches in Hayes and Solihull before the year-end will increase the branch network to 59.

The pace of growth in the Irish Merchanting business moderated a little, as anticipated, although the prospects for sustained growth are positive.   The recovery in house building gathered momentum from a low base but it will require several years for supply to meet ongoing demand.  Non-residential construction is in the early stages of a recovery that is expected to remain on a firm growth path.

The Netherlands Merchanting business continued to perform strongly with the benefit of broadly based growth in the Dutch economy and increased activity in the secondary and new housing markets.

The Belgian Merchanting business reported modest growth in revenue in a more stable but competitive market.

Spending in Woodie’s stores increased strongly as customers responded positively to the store upgrades and as employment and incomes continued to rise.  The business is now focused on the typically higher volume final two months of the year when the seasonally important Christmas category is a key driver of demand.

CPI EuroMix, the market leading UK mortar manufacturing business, experienced good growth in volumes as demand in the new homes market remained strong and the business increased the number of house building sites that it serves.

“We are pleased with the performance of the Group during the period and our expectations for the full year remain unchanged.  We anticipate that current trading conditions in the UK merchanting business are likely to continue over the remainder of the year while the Irish and Netherlands businesses should benefit from favourable trading conditions and strong market positions.”

Grafton Group plc is an international distributor of building materials to trade customers and has leading regional or national positions in the merchanting markets in the UK, Ireland, the Netherlands and Belgium. Grafton is also the market leader in the DIY retailing market in Ireland and is the largest manufacturer of dry mortar in the UK. Grafton trades from circa 630 branches and has over 12,000 employees. Its portfolio of brands include Selco, Buildbase, Plumbase, MacBlair and CPI EuroMix in the UK; Chadwicks, Heiton Buckley and Woodie’s in Ireland; Isero and Gunters en Meuser in the Netherlands and YouBuild and MPRO in Belgium.