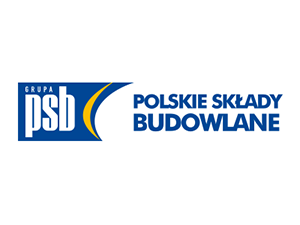 Meetings with Suppliers to establish cooperation in the current year are almost accomplished. Generally, plans are optimistic, though still lack of building materials is visible in few branches, which prolongs orders realization to even few months.

The 17th PSB fair in Kielce will take place on 5th-6th March. Presently 352 Suppliers with the total number of over 3,200 representatives will take part in it.

The plan of joint advertising campaigns for the current year with almost 100 biggest Suppliers is accomplished. First campaigns are on, soon radio spots and TV advertisements will commence.

Traditionally, the letter presents price trends and sale data of PSB Central office in January. The results are generally good, though the two-digit increment is still caused by the inflation. There are also the basic statistics about sale results of PSB Partners in 2018 in the letter. It was a very good season, especially for wholesale branch.

In January PSB-Profi channel was enlarged by one new branch office in Żywiec. In the coming weeks new Mrówka outlets will be opened. Before the summer PSB’s retail network should reach  the number of 300 Mrówka outlets. The plan of retail channel development is very ambitious this year,  much better than in previous years.

Since November 2018 Grupa PSB, together with 70 key Suppliers have been conducting another huge training program. Till the end of January 136 trainings were organized for over 2,000 employees of 190 PSB branch offices. Every training was attended averagely by 15 listeners. This edition of training program will finish in March.

Results of PSB Partners in 2018 – the total revenues of PSB’s partners from construction materials sale in the previous year was estimated 6.8 billion PLN. The graph below presents data of the previous three seasons (revenues and purchases in PSB Central office) with consideration of the PSB partners’ number increment.

For many years, sale from summer till the early autumn was ca. 2-2.5 higher compared to winter season (January-February). In 2018 the difference was lower – 1-2.  The main reason for the situation was the limit of available construction services  – the demand for them  lasted whole year.

As for the retail channel  the best month in sale was almost always July. Moreover, the demand for DIY products was similar from April till October. The big surprise was the demand for construction materials in October, thus this month was the best during the whole year – the first such situation in our branch.