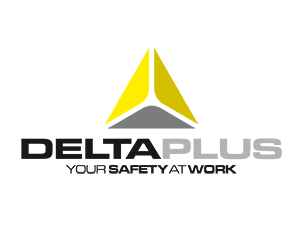 Delta Plus Group strengthens its position in the work boot segment with two acquisitions in Italy and France.

Delta Plus Group, a major player in the Personal Protective Equipment (E.P.I.) market, is continuing its policy of strengthening in high added value business segments.

After the acquisition last October of Odco, a company specializing in security solutions infrastructure against falls from a height, Delta Plus Group announces today the acquisition of two significant players in the work boot sector in Europe, the Boots Company Group in Italy, and the activities of Netco Safety in France, with the aim of accelerating its development on this
product segment and become a benchmark player.

Founded more than 20 years ago in Italy, the companies Boots Company srl (and Italboot srl, wholly owned by Boots Company srl) are specialized in the manufacturing and marketing of work boots PVC. They were owned since 2017 by common shareholders.
The companies are recognized for their brands Euromax, Eurofort and Italboot. They market their products from distributors mainly present in Italy, France, Germany and Eastern Europe.
The Boots Company group achieved in its last financial year, ended December 31, 2018, a figure cumulative turnover of 11.0 million Euros.
With three production sites, located in Vicenza and Sardinia (Italy), the Boots group Company manufactures all of the products it sells internally.

The group’s total workforce was 50 at the end of 2018, and its operating profitability was similar to that of Delta Plus Group in 2018.

Netco Safety is a specialist in the manufacture of PVC work boots for a
clientele mainly made up of professionals from industry, construction and the food industry.
The company has its own production tool, located in France, near ClermontFerrand, which employs around thirty people and which allows it to offer a full range boots made from premium PVC. In addition, since 2018, the company has exclusively distributed polyurethane boots in France.
from the Belgian manufacturer Bekina Boots.
The company achieved a turnover of € 6.0M in 2018, an annual growth of more than 15% over the last three years (2015-2018). Its operational profitability is at lower levels to those of Delta Plus Group over the same period.
Delta Plus Group has acquired the business of this activity from the company
Netco Safety, as well as stocks of goods.

Creation of Delta Plus Boots and partnership with Jacko Vrolijk

These two acquisitions allow Delta Plus Group to significantly strengthen its position in the work boot segment in Europe.
The ambition of Delta Plus Group is to capitalize on the demonstrated know-how of the Boots teams Company and Netco Safety to confirm current growth levels in these markets and accelerate the international development of the offer, in particular by benefiting from the strong presence
of Delta Plus Group in many countries.
Delta Plus Group has completed the acquisition of 100% of the shares of Boots Company srl and 100% of the business of Netco Safety through the company Delta Plus Boots, newly created during these two external growth operations.
In addition, Delta Plus Group partnered on this strategic development project with Mr. Jacko Vrolijk, who takes the lead in the Group’s Boots activities on this occasion.
Jacko Vrolijk has spent a large part of his career in this product segment, as
leader of major players in this sector. He brings to the Group his experience and expertise in this sector of activity and will contribute to the acceleration of the development of this range of products in the years to come.
Jacko Vrolijk, President of Delta Plus Boots: “Delta Plus Group is expanding in a new segment market with the acquisitions of Boots Company and the business of Netco Safety. I am delighted that the Group is investing in strengthening its positions in this market and in development of these companies. Delta Plus Group will bring great added value to this project
thanks to its global network ”.

Delta Plus Group announced on November 5, 2019 a turnover of € 186.8 million for the nine first months of the year, up + 9.2% compared to 2018.
Confident at the end of these first nine months, Delta Plus Group confirmed its objective to record in 2019 new organic growth in turnover, in a buoyant market. This organic growth amounted to + 4.3% as of September 30, 2019.
The Group should also confirm in 2019 the record level of operational profitability reached in 2018.
Delta Plus Group, which has recently strengthened thanks to new acquisitions, capitalizes today on a historic presence in many countries.
The Group confirms its desire to pursue its strategy of strengthening its coverage geographic in high potential areas.
It also plans to continue investing in high value-added trades, such as
the acquisition of Odco, completed a few weeks ago, and the acquisition of the Boots group Company and Netco Safety activities today.
The solidity of its financial structure, reaffirmed as a major objective in 2019, should allow the Group to confirm this profitable growth model, demonstrated in recent years.