BigMat, the Distribution Group specialized in construction and DIY products and solutions for professionals and individuals, has awarded the awards of the XII Edition of the BigMat 2018 Solidarity Awards. 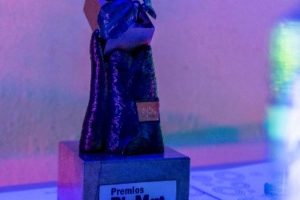 The “Asociación Antares” has received the award endowed with 18,000 euros for its project “20 years of inclusion, 20 years of smiles”. The three runners-up this year, with an amount of 3,000 euros each, have fallen to “Asociación Condenados al Bordillo”, for their “We are capable” campaign; the “Anaral Women’s Federation”, for the integral support service for the elderly in rural areas; and “Action for Development and Equality” for his project “Libre te quiero: en la amor no todo vale”.

The awards ceremony took place at the dinner for the BigMat 2018 Business Meeting held this weekend in Tarragona, which was attended by more than 200 members.

The president of BigMat Spain and Portugal, Francisco Moreno, said in his speech award ceremony that “BigMat Solidarity Awards have become a reference and are one of the most important in the field of social intervention, to which they choose everything type of non-profit entities “. “I want to highlight – Moreno emphasized – that this award was born thanks to the involvement and effort of all BigMat partners.”

The award-winning “20 years of inclusion, 20 years of smiles” of the “Antares Association”, is a project in which a group of parents offers resources of family respite and leisure and free time to people with intellectual disabilities of the Community of Madrid that, due to its characteristics, could not participate in existing socio-community resources. Its task is to put in the spotlight the enjoyment of culture, leisure and sports as a right for all people.

“Asociación Condenados al Bordillo” was founded in 2001 in the Valencian Community and since then its basic objective has been to develop and execute different projects to achieve the inclusion of people with functional diversity. Thanks to its campaign “We are capable”, the Municipal School of Adapted Sports of the Municipality of Denia began operating in 2010 in response to the demand of a large number of people with functional diversity, who needed to see one of their most demanded needs covered.

The “Federation of Anaral Women” works in rural areas, characterized by the scarce availability of resources in the vicinity (police, judicial, welfare …) as well as isolation, depopulation and aging of the population. Anaral is committed to prevention, awareness and comprehensive care for women. The integral support service for the elderly in rural areas affects this invaluable work.

“Action for Development and Equality” is a non-profit organization that works in favor of sustainable, fair and supportive human development through the promotion and defense of human, social, economic and cultural rights, gender equality and community participation. Her project “Libre te quiero: en el amor no vale” is included in her work area “Gender and development” that pursues the promotion of women’s rights and the principle of gender equity.

Francisco Moreno bid farewell to the ceremony, congratulating the winners and the rest of the nominees presented, a total of 126, for their contribution to the achievement of a better world. “From BigMat,” added Moreno, “we will continue to contribute our bit to achieve a more just and supportive society.”