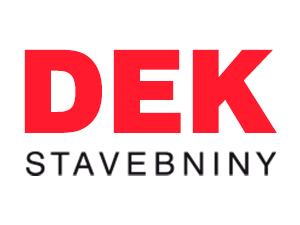 The largest construction materials store in the Czech Republic – Stavebniny DEK Prague Stodůlky – was opened on 3 September 2018. The construction took two years and cost EUR 20 million including the land under the building. The usable area of the store is 12,500 m2, with paved areas covering 26,400 m2. Within three years, DEK wants this store to generate EUR 40 million in sales.

In September, the 76th store of Stavebniny DEK in the Czech Republic was opened in Tachov. Since the beginning of 2018, Stavebniny DEK has also expanded to smaller towns. Stores have been opened for example in Žatec, Hlinsko, Trhové Sviny, Žďár nad Sázavou, Dačice, Jeseník, Turnov or Hořovice.

Growth of the construction industry and DEK in the Czech Republic

In March, the DEK group acquired ÚRS Praha, a.s., a company that over 50 years provides support for cost estimators and quantity surveyors in construction sector. ÚRS Praha issues software and pricing system with database of construction works and materials together with price calculations. DEK plans to transform ÚRS into an open data sharing platform for designing, budgeting and BIM solutions in the construction industry. As of now, ÚRS controls around 50% of the Czech market in this area.♠